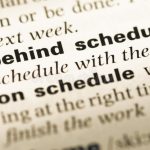 According to my self-imposed schedule, I was supposed to have the more advanced features of the code editor done two weeks ago. Our vacation and a coding competition took the last two weeks away from me being able to focus on this project. I’m trying hard now to schedule time to have this done by the end of week so I can get to the other things I want to do before the end of the year. It’s not the end of the world if I don’t release by the end of the year, but still, without setting the deadline it won’t get done at all. Maybe that’s the point of setting these dates up?

So, I need to implement the first “real” trolley problem, and the idea is to mimic some of the scenes from the MIT scenarios and provide solutions they haven’t really thought of. In the example, the brakes go out on the car, and the car is forced to kill either 4 homeless people, or 4 productive members of society and of course to hell with everything else. There won’t be anyway of knowing if the brakes are going to fail, or even the possibility of honking the horn. So, some possible solutions would be gear the car’s transmission down (because brakes are out and this is actually a common way of dealing with that), honk the horn, find a way for the car to go up on two wheels (is it possible to turn left and right and left and right until the car pops up on two wheels?), or crash itself into the medium or some other kind of obstacle. There’s no one in the car at the time; it’s assumed the car is on its way to pick someone up. Also, provide ways of scoring by using the above methods to simply reduce harm (ie kill 4 homeless people or just break the leg of one of the people in the other lane.

I don’t know if this is a good idea, but I had considered a leveling up process for the car where you could get jump rockets and things like that to make the challenges more interesting.

From a development standpoint, I need to create an initial driving routine that runs before the car gives control to the programmer. Also, pedestrians will need to move.

I just thought of a more basic level that would take less time to develop: Just have somebody run out in front of the car. Yeah, I’ll save the above scenario for one of the later challenges.

And of course I just remembered that I wanted to move the code editor up to this week instead of a new level because it would just make testing easier. It’s very frustrating the way it is now, so that’s what I’ll be working on this week, and I’ll revise the milestone dates when I’m done.